What if you had a warning before earthquake shaking? 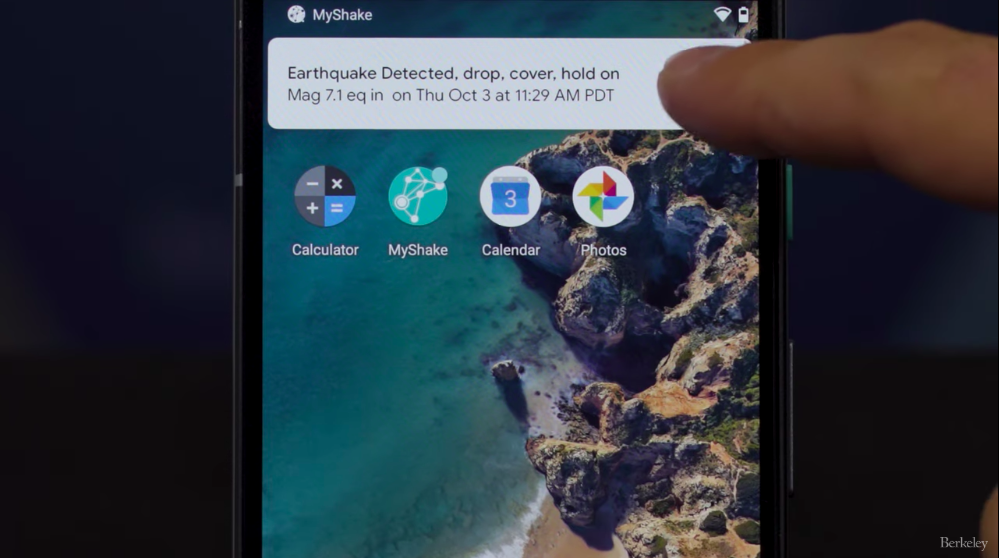 What is Earthquake Early Warning?

Earthquake early warning is the rapid detection of earthquakes, real-time assessment of the shaking hazard, and notification of people in the area of shaking. Warnings can arrive before, during, or after the shaking depending on your location and how big the earthquake is. The further you are away from the epicenter, the more warning time. The bigger the earthquake, the stronger the shaking at greater distances.

Who can benefit from earthquake early warning?

As an individual you can use a few seconds to move to a safe location: under a sturdy table, away from falling hazards like bookcases, ceiling lights and fixtures. In the 1989 Loma Pieta earthquake more than 50% of injuries were linked to falls. In the 1994 Northridge earthquake more than 50% of injuries were due to non-structural (falling) hazards. The total estimated cost due only to injuries in the not-so-large Northridge earthquake is $2-3 billion. If everyone took cover before shaking, those losses could be halved.

Corporations, institutions and agencies can not only protect their personnel, they can also use automated control systems to further reduce injuries and damage: slowing and stopping trains, isolating hazardous chemical and machinery, starting emergency generators, moving data to safe storage, etc. Surgeons can lift the scalpel out of a patient, or off your eyeball. The metro/commuter rail system in the San Francisco Bay Area (BART) already uses alerts from ShakeAlert® to automatically slow train when an earthquake occurs.

ShakeAlert is the name of the public earthquake early warning system now being implemented in California, Oregon and Washington. The ElarmS algorithm developed by the UC Berkeley Seismological Laboratory is one of the core ShakeAlert algorithms and is typically the source of the first alert message. (EPIC is a slightly modified version of ElarmS adapted for use by the ShakeAlert production system.)

Why Humboldt Is Vulnerable to Earthquakes

From ShakeAlert to smartphones: Earthquake Early Warning now and beyond

Gravity signals could detect earthquakes at the speed of light

How San Francisco was devastated by the 1906 earthquake 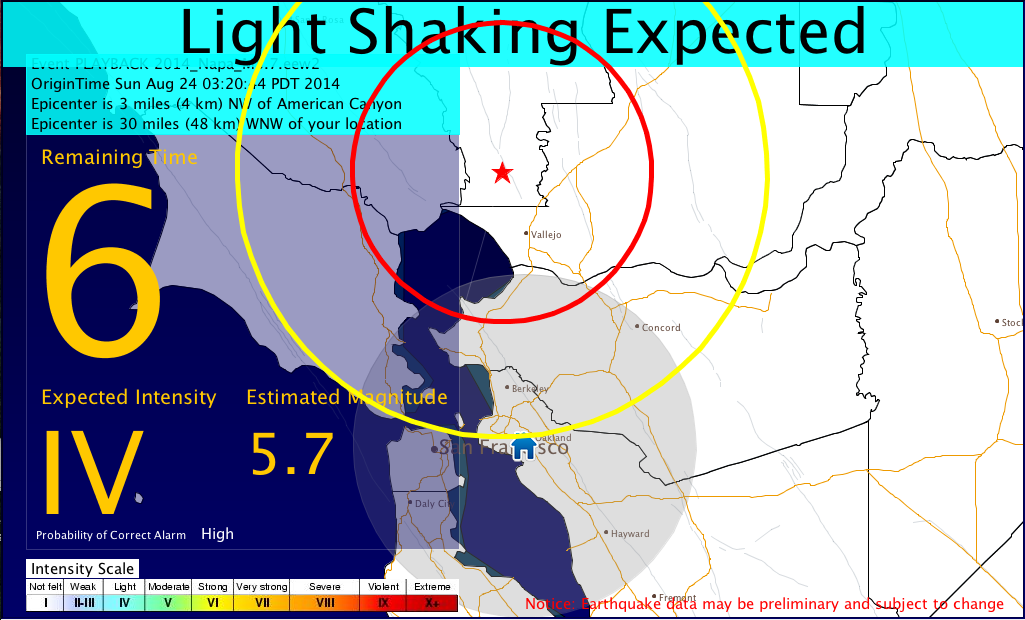