Quake in Turkey highlights the hazard in the East Bay

Three days after a strong earthquake struck the eastern Turkish provinces of Elazig and Malatya, rescue crews are still trying to free survivors from the rubble of collapsed buildings. More than 40 people are known to have been killed in the quake, which shook the region on Friday evening, local time (January 24, 2020). More than 1600 other people were injured, some of them severely. Freezing temperatures and hundreds of aftershocks are hampering the work of the rescuers and making the plight of the survivors even worse. 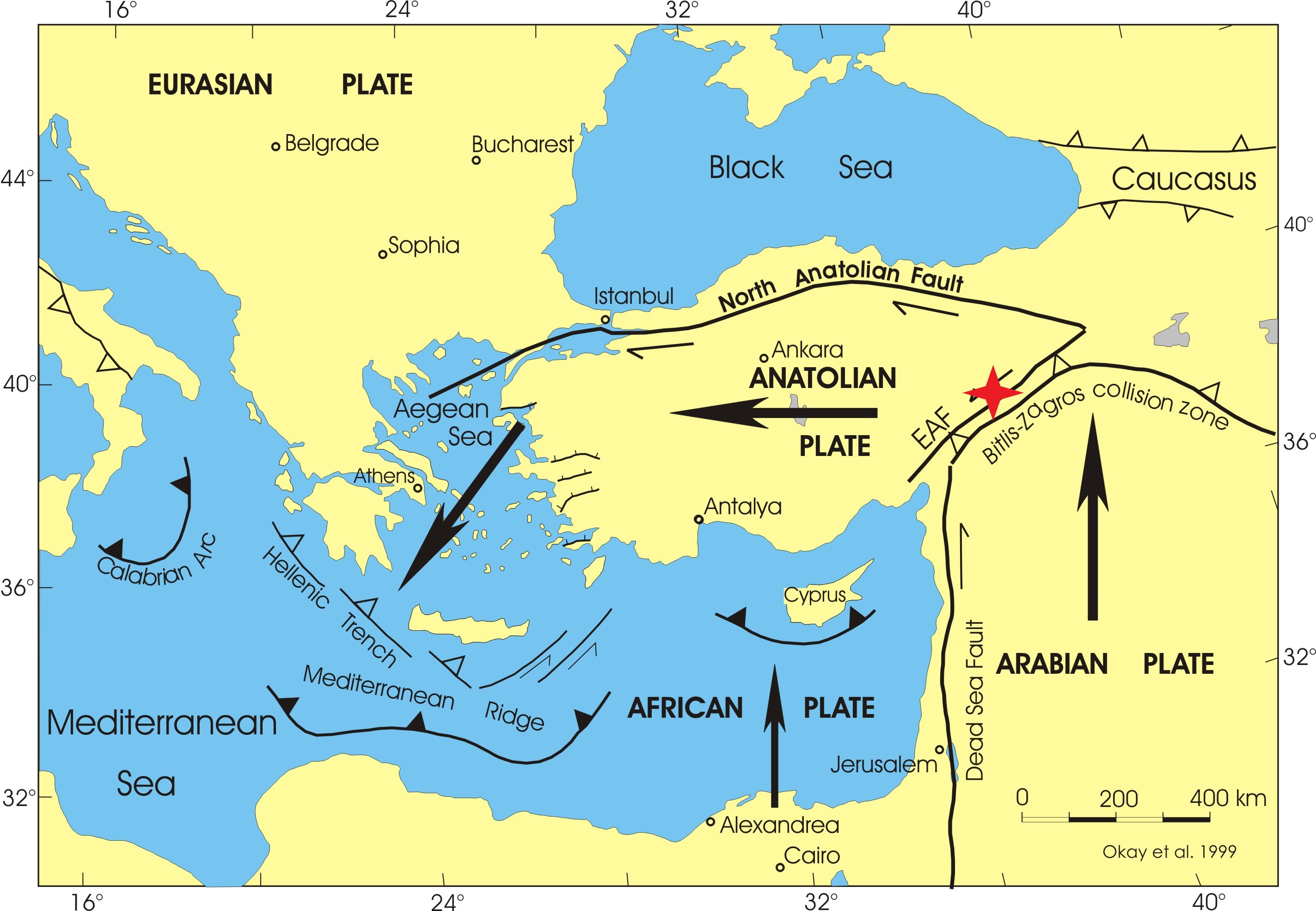 Figure 1: Squeezed between the Arabian and the Eurasian Plate, the Anatolian Fault escapes towards the West. Friday's quake is marked by a red star. (Modified from Okay et al. 1999)

The epicenter of the quake was located on the East Anatolian Fault about 300 miles east-southeast of the Turkish capital, Ankara. This fault is one of the two major earthquake zones in the country, which straddles both Europe and Asia and is an historic crossroads. In fact, Turkey is one of the seismically most active nations in Eurasia. The cause of the dangerous seismic activity is the collision of several of the plates, which make up the surface of the earth like a giant, slowly moving jigsaw puzzle. Much of the Asian portion of Turkey is its own plate, the Anatolian Plate. This relatively small puzzle piece is being squeezed between two giants of the plate tectonic system. Coming from the south with a velocity of approximately one inch per year, the Arabian Plate is ramming into the Eurasian Plate, the stable platform extending along the northern edge of Turkey. In fact the Eurasian plate stretches for thousands of miles from the midocean ridge in the Atlantic Ocean into Eastern Siberia.

Caught between these two monster plates, the Anatolian block is trying to escape the enormous squeezing forces by wriggling out of their stranglehold toward the west. Like most tectonic movements, this slow inching is not smooth and slick. Instead the Anatolian Plate is scraping and lurching past its bigger neighbors on its way west towards Greece and the Aegean Sea. In the northern regions of Turkey, this scraping motion is very similar to that taking place between the North American and the Pacific Plates here in California. It therefore leads to a strike slip fault similar to the San Andreas Fault. This major fault is called the North Anatolian Fault (NAF). Some of the strongest quakes ever measured in Asia Minor occured along this seismic demarcation line. Among them was the most destructive quake in Turkey in the past hundred years, a magnitude 7.8 earthquake which struck the city of Erzincan in 1939, killing an estimated 33,000 people. 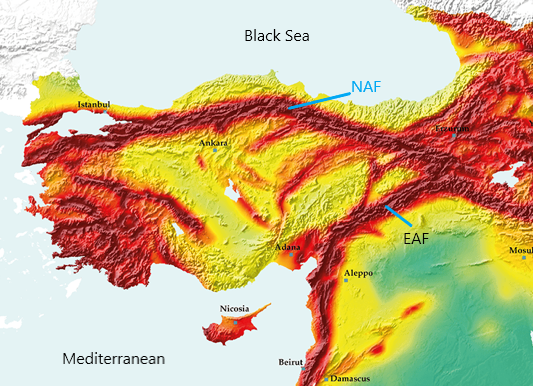 Figure 2: The seismic hazard in Turkey follows bsaically along the two major fault lines, the North-and the East-Anatolian Fault. These faults are also the boundaries of the Anatolian Plate (see Figure 1). The darker red the color, the larger the hazard. (Modified from Global Seismic Hazard Map)

The eastern edge of the Anatolian Plate also scrapes past its tormentor, the Arabian Plate, forming the East Anatolian Fault (EAF). Along this line, the two blocks also move in a strike slip fashion. Friday's quake took place right on the EAF, starting at a depth of only 7.5 miles. While several other segments of the EAF had ruptured in recent decades, the section which broke on Friday had not experienced a significant quake for almost 150 years.

This quake-free interval and the destruction which followed served as a reminder of the severe seismic hazard lurking beneath our feet here in Northern California. The Hayward Fault, like the NAF and the EAF, a strike-slip fault caused by the lateral movement of two plates, has also not had a significant rupture since its last great temblor in October 1868. After 15 decades of relative quiesence, a quake with a magnitude between 6.7 and 7 is very likely to happen in the next thirty years. The size of Friday's quake in Eastern Anatolia, 6.7 on the moment magnitude scale, exactly matches the lower limit projected for a damaging quake on the Hayward Fault. This coincidence in size and the disastrous consequences of the quake in Turkey highlight the hazard of the fault along the eastern edge of San Francisco Bay. (hra172)