How Storms Shake The Ground

The system of winter storms which is currently pummeling much of the West Coast of the United States is not merely a weather nuisance. Aside from causing extensive flooding, land- and mudslides, and hampering the traffic flow on highways, these storms are also of concern to us seismologists. On the one hand, they inhibit some of the earthquake monitoring we routinely perform. But they are also a blessing in disguise, because we can use their enormous energy to study the interior of the Earth. At first glance it seems contradictory that violent processes in the atmosphere, like powerful rainstorms, might help us understand what lies deep beneath our feet, but hang on, as we will try to explain the connection in this blog post.

The way the current storm affects seismological measurements can be seen in Figure 1. It shows three days of ground movement as recorded by a seismometer located deep inside a vault in the Berkeley Hills above UC Berkeley's Botanical Garden. This record can be read like a page in a book, going from left to right in each line, then jumping to the next line below. Each line represents one hour of ground motion. The record starts on February 11 at 1 pm (PST) and it ends three days later on February 14 at approximately the same time. 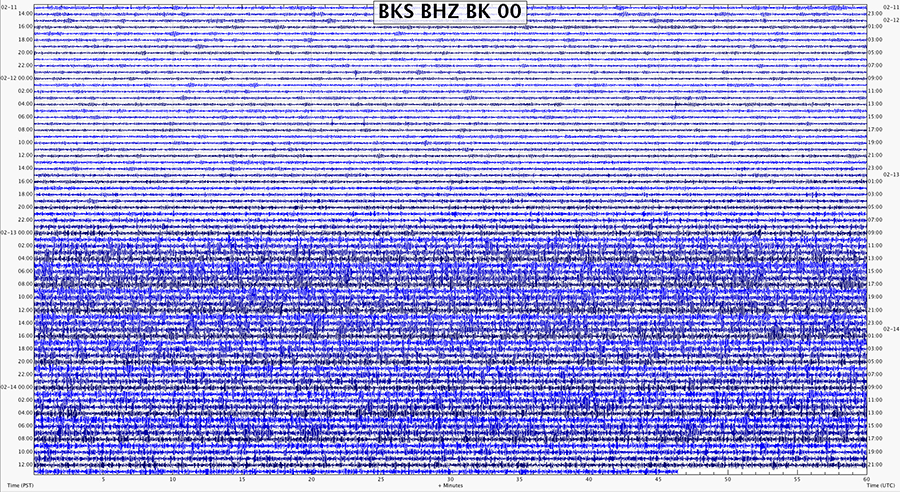 Figure 1: Three days of seismic recording of the ground motion with a seismometer in the Berkeley Hills. It is obvious that in the middle of the record the motion increases dramatically. This is due to an approaching atmospheric river.

First off: There are no discernable earthquakes in this record. They would show as strong, impulsive peaks in this display. However, it is pretty obvious, that the ground motion changes drastically about halfway down the record. What starts as a low amplitude, rather gentle motion in the top half of the figure, turns into a much stronger ground motion with about ten times bigger amplitudes in the bottom half. So, what caused this change, which took place over a few hours during the night from February 12 to 13? Why did the ground motion become so much stronger?

As Northern California residents may recall, during that night the strongest of the current storms, an atmospheric river originating in the tropical waters around Hawaii, began approaching the California coast. And as any surfer or anybody can attest, who has ever watched an incoming storm from a location at a beach, such storms generate enormous ocean waves, which break at the coastline. Sometimes these breakers are so strong that a keen observer can feel the ground rumble, when the wave hits. However, these rumbles are absorbed quite quickly by the Earth and are unlikely to cause the wiggles recorded by a seismometer in the Berkeley Hills.

Instead, imagine being further offshore. While the waves there don't break, they can still be huge and intimidating. And they also reach much deeper into the water column. A few miles offshore, there are no beaches for the waves to hit, but their bottoms bang into the continental shelf, where the shallow coastal waters drop off sharply into deeper ocean regions. Along the coast of Northern California, the continental shelf is only a few miles wide. In Figure 2 it is the light greenish-blue area immediately off the coast. The waves of big storm reach down and impact the continental slope west of this shelf. 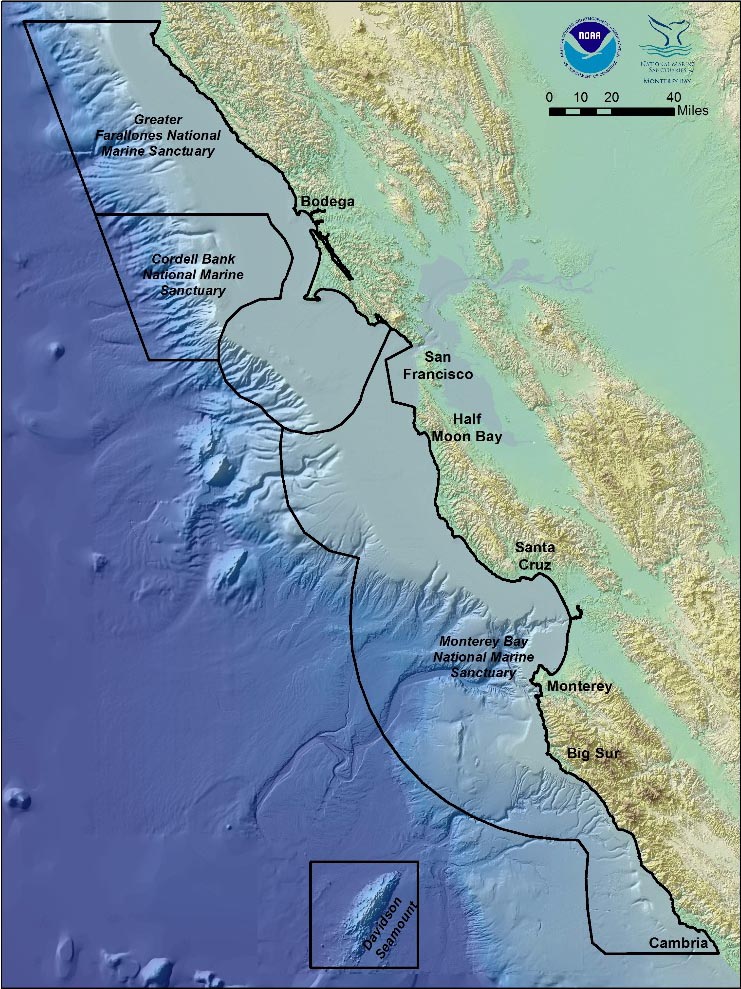 Figure 2: Map of the continental shelf (greenish-blue area) off the California coast. It extends several miles offshore and then falls off in a steep slope
Source: NOAA.

This impact is strong enough to make all of California shake. In fact, it makes the entire continent wiggle a little. This continent wide humming of the ground was particularly strong, when Superstorm Sandy pummeled the East Coast in the spring of 2013 (see blog post from April 25, 2013). In everyday life, we don't feel these motions, which seismologists call the ocean microseisms. They are at best only a few thousands of an inch strong, but our sensitive seismometers record them clearly, even when they are not as large as during the recent storm, as can be seen at the top of Figure 1.

The strong ocean microseisms during the storm are large enough to mask tiny earthquakes, which get hidden in the record. In this sense, large storms hamper our monitoring capabilities for microearthquakes. But the ground motion caused by larger temblors will still generate a signal much stronger than the storm noise.

On the positive side, seismologists have also made use of the energy injected into the continent by the waves from far out in the ocean. By setting up networks of seismometers, they can use this energy to illuminate the ground under those sensors. It allows them to identify local variations in the rock, find faults and offsets and investigate the deeper geologic structure of basins. (hra162)